Since 1996, Condom Depot has revolutionized the way consumers buy condoms online, ensuring they find the best condom brand for their needs. Over the course of two decades, we've sold millions of condoms worldwide and received invaluable feedback from our customers on the best condoms to use, and the not so great ones.

Without further ado, Condom Depot is pleased to announce the winners of the 2023 World's Best Condoms Awards.

After months of research by the Condom Depot staff, and with the much appreciated help of our Official Condom Testing Group, we’ve determined the best condoms to buy. Some brands, such as Durex Extra Senstive, Crown and Pleasure Plus, have consistently won year-over-year.

The sole Newcomer on the 2023 World’s Best Condoms list is the Paradfise Slim Fit Condoms. Iron Grip and Durex Extra Sensitive have gained popularity this year in both reviews and positive ratings and our Wink Condoms are quicky becoming a Customer Highest Rated Condoms for 2023.

Whether you buy just one of the featured best condom winners, or all of them in an exclusive World’s Best Condom Sampler Jar, we sincerely hope you enjoy this year’s highly-rated line-up. We look forward to reviewing all of the customer feedback we’ll receive in the upcoming year. If you have questions, comments or are interested in participating in next year’s Official Condom Testing group, please email info@condomdepot.com. Made from state-of-the-art, super-thin Sheerlon material the WINK condom is from OKAMOTO which has made other Crowd Favorites such as the CROWN, Okamoto Zero Zero Four and Beyond Seven. Wink Condoms provide more strength and durability, without the thickness of traditional latex condoms. As a matter of fact, the WINK line of condoms are the THINNEST condoms (.004mm) available in the USA. Made in Japan, the texture of Sheerlon latex is silkier and feels more natural, bare skin contact. Both partners can see and feel the difference of Wink Condoms. 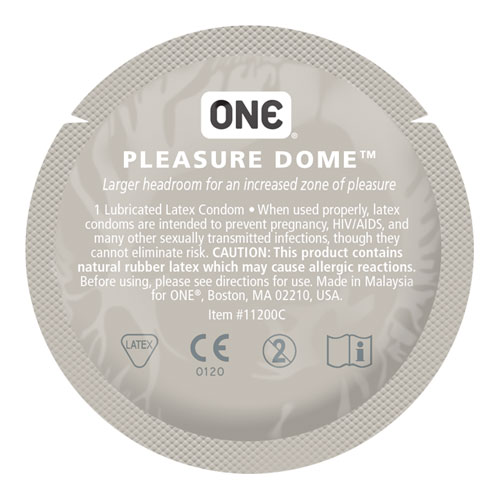 ONE Pleasure Dome condoms are truly one-of-a-kind. With a unique, flared shape, they are named “pleasure dome” due to the larger head size, which helps reduce friction on the giving and receiving end. You have probably never heard of Love Trangle condoms before, but this introduction comes as no surprise to those of us in the business. From the Makers of the IRON Grip Condom (another long time World's Best Winner) these condoms are larger in size and feature a TON of tiny raised Bumps for her (or His) pleasure plus added raised ribs. One of the other characteristics that reviewers mentioned was the fact that these are not as thick-feeling as other Studded Condoms (Especially the Studded Condoms from Trojan which rated at the bottom of our list) and were often mentioned a Favorite of the men that wore them. Partners found the studs to not be painful like other studded condoms which has a lot to do with these making the World's Best Condoms List! 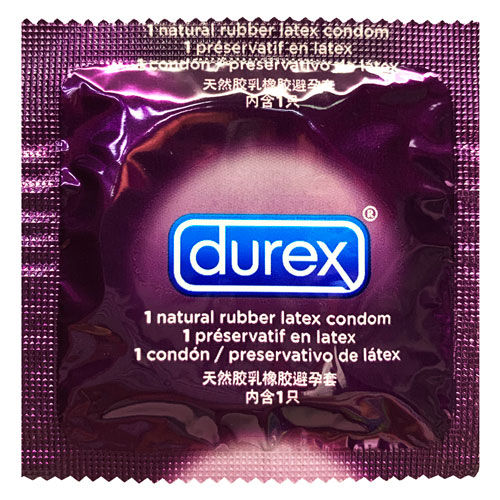 The Durex Extra Sensitive condom is the thinnest latex condom in the Durex product line. It is super sensitive, comes with a good amount of lubricant, and a slightly wider head. All of these characteristics make this condom a great choice for those who love the Durex brand. This condom was also rated the most dependable condom by Consumer Reports in 2005. 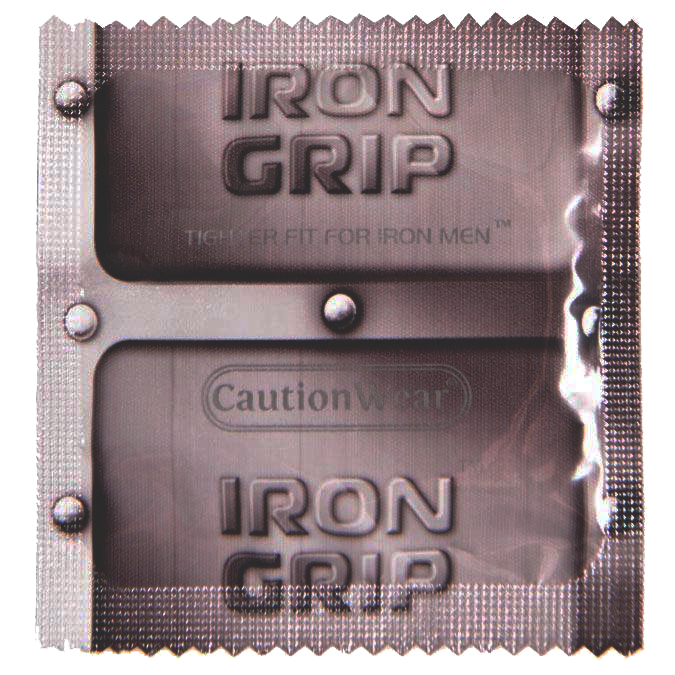 This 7th time winner has been highly praised by our customers. It gets the 'Iron Grip' name for having a smaller width, making it the best snugger fitting condom. A customer from Boston raves, "Finally! A Condom that fits and wont slip. The snuggest fit I have found with the exception of some custom fit condom I used to be able to find online." 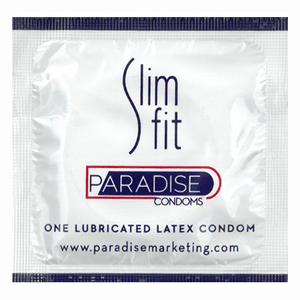 The first condom of its kind with a Bead of Male Climax Control lubricant on the inside. Wearers of this condom all noted that the lubricant on the inside desensitized their penis so they could last substantially longer. Unlike the Trojan Extended Pleasure, the condom does NOT desensitize the other partner.  Say hello to Longer Lasting Lovemaking Sessions and multiple orgasms! 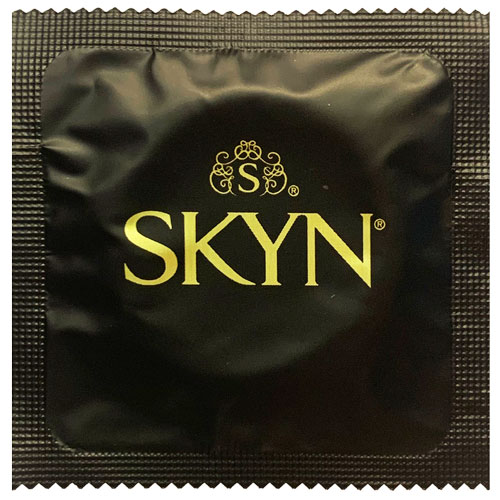 7th Time Best Condoms Winner – The only non-latex condoms to make the list.

With so few choices of latex-free condoms available, it's a relief to finally find a sensitive, non-latex condom that lives up to the hype about condoms made with Polyisoprene. Unlike the old school Polyurethane condoms that made weird noises and offered little-to-no stretch, SKYN non-latex condoms are not only ultra-thin, but provide plenty of comfort and allows heat transfer between partners for a truly natural feeling. 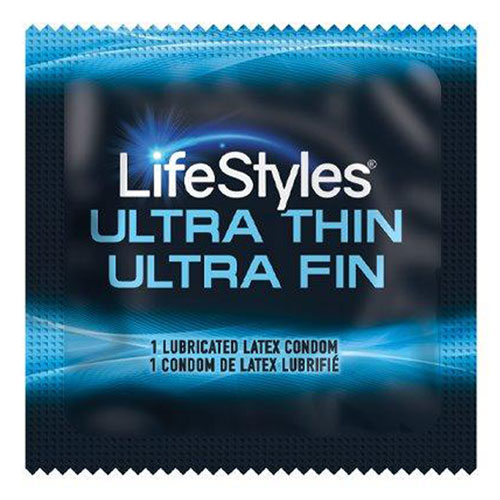 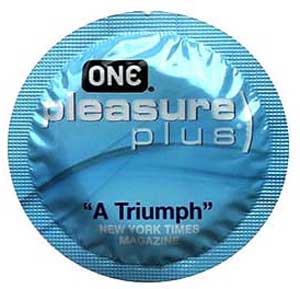 ONE Pleasure Plus Condoms

Shop Now for ONE Pleasure Plus Condoms » 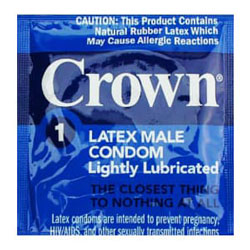 18th Year in a Row on the list - One of the Most Sensitive condoms in the world, not the same product it once was

Year after year, our customers consistently rate Crown Skinless Skin very high. In terms of sensitivity, reliability and comfort the Crown Skinless condom is one of the best. Most famous for their use in adult movies back in the yearly 2000s, Crown Skinless Condoms are a pink-tinted color and famous for being ridiculously thin, yet super strong. Crown is now manufactured in Thailand by Okamoto, who used to manufacture this condom in Japan with fellow World's Best Winner Beyond Seven. Customer’s love them because the super-thin design gives a sense of "bareback" feeling, helping you feel closer to your lover. Bottom Line: Not as good as it once was when made in Japan but still a top condom. 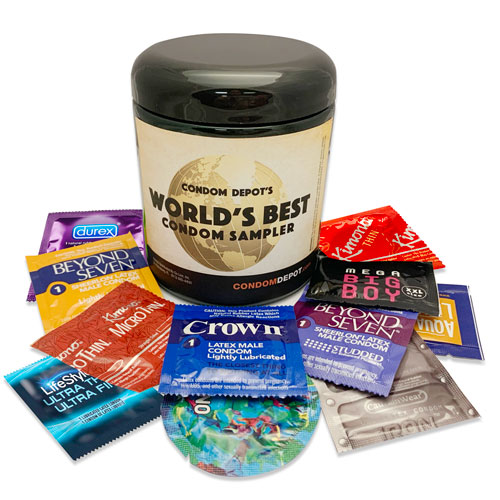 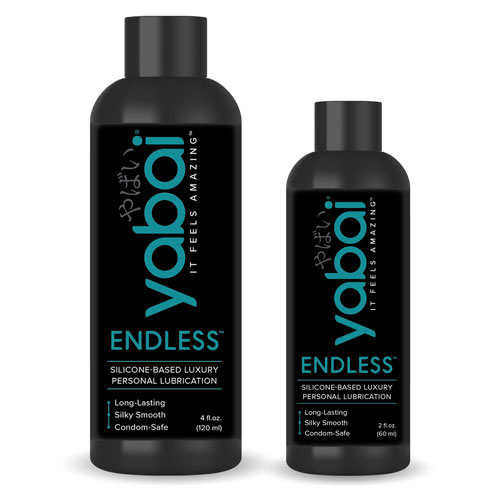 Yabai Endless Silicone-Based Lubricant is an ultra-luxurios, high performance lube that is incredibly slippery and lasts significantly longer than other brands on the market. With only five, high-quality and body-safe ingredients, the Yabai Endless Silicone-based formula is transparent, fragrance-free and doesn't leave stains or residue behind on sheets.