Unlike most people, I keep condoms in my medicine cabinet. Why, you ask? Because they’re super handy for safer shower sex, of course! Although I choose to keep my tucked away within an arms reach of the shower, a linen closet or cabinet under the sink would work just as well for storing condoms. All of these storage options keep condoms out of harm's way, as they’ll be away from direct sunlight and extreme temperatures. Just be sure they are not near any tweezers, scissors, nail files or other sharp objects which could potentially puncture a condom wrapper.

It may seem illogical, but water actually dries out the skin, which makes lubricants even more important than they normally are. Like skin, latex also dries out in water. To prevent microtears in the vagina and/or anus and tears in your condoms, use a waterproof lube made from a silicone-base.

Like sex on dry land, putting a drop of lubricant inside the reservoir tip of the condom will make safer shower sex more pleasurable and safer as well. Do this and apply a bit inside of your partner prior to penetration too, since the vaginal walls will also be depleted of natural moisture from the watery landscape. 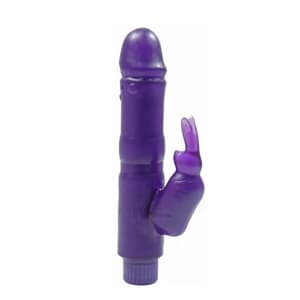 When bringing sex toys into the shower, make sure that they are waterproof beforehand. Many vibrators are, such as the Spicy Waterproof Rabbit, but check to be sure so you won’t ruin your toy. Even if it’s waterproof, make sure to dry it off completely after use before storing it to prevent any bacteria and mold from growing.

If you and your partner are of different heights and want to have shower sex, check out Sam’s article called, 'Q: Sex Positions and Height Differences?' It also discusses the ways to prevent slipping in the shower during sex. For more information and tips on having sexy times in other watery environments like hot tubs, pools and natural bodies of water read, 'How to Have Safer Sex Underwater.'