Polyurethane was one of the first non-latex condom materials on the market-- and it was the first to prevent against STDs as well as unexpected pregnancy. But do the Trojan BareSkin Non-Latex Supras hold up to their latex cousins? We'll just have to see.

This isn’t the regular Trojan Bare Skin. Remember what when you go to make your purchase-- Trojan has always had issues with the names of their products, but for this one, if you’re looking for the polyurethane, non-latex condom, the word, “Non-Latex,” is right in the title. It also comes in a gold wrapper, not a green one. The ring is more rigid than on latex or nitrile condoms, and the actual material itself is also more rigid. It has a little bit of stretch, but if you are way off base in terms of size, this 8"x 2.12" (203.2 mm x 53.8 mm) condom isn’t going to fit you very well. Try something else. Read about how to measure yourself.

That's not to say that this isn't a good condom. Gone are the days of the plastic bag-feeling polyurethane condoms.  While the material is rigid, it's still soft and it's crazy, crazy thin. If this condom fits you, it'll be the only condom you ever want to use again.

In fact, while it's very clear material without even the slightest nude tint, it's still a traditional fit condom with a reservoir tip at the end. Plus-- no latex stink, like Trojans are normally known for. Bonus!

Now, there’s a lot of guff around about a certain label on the back of the Trojan box:

DO NOT USE WITH ADDITIONAL PERSONAL LUBRICANTS, as they may damage the condom.

I have reached out to Trojan about this, just as I reached out to K-Y about the, “Do not use with non-latex condoms,” label on their lubricants. They were not very forthcoming with further information, so I am left to surmise a couple of things:

The consensus seems to be that they have this label because the polyurethane material is very sensitive and adding anything to that formula will put it at a risk of breakage.

But plenty of people, in particular the vegan community, have reported massive success using these condoms with coconut oil. And Sagumi, who also makes polyurethane condoms, have declared silicone, water, and oil-based lubricants alright to use with their polyurethane condoms. Obviously, Trojan's are different and there could very well good be a very good reason why they don't want you adding extra lubrication. We just don't currently know. 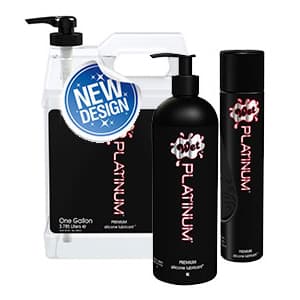 My partner and I used a silicone-based lubricant (Wet Platinum, in fact) on our Trojan Non-Latex Supras. There just wasn’t enough lube on the condom when we got it out of the wrapper and you know that we’re lube fanatics. And the lube that was on the condom was a little less than the quality that we're used to. It's to be expect with Trojan-- their lubes are water-based and while they aren't the worst thing you could be putting in/on your body, they absorb quickly and leave a sticky residue. I'm not a fan.

Still-- if you’re using these, it’s always best to follow the directions on the box. My partner and I have a trust-based, long-term, monogamous relationship and we discussed what we would do if the lube did deteriorate the condom before we made the decision to use it. If you don't, think about using something else. The ambiguity of lube rules here makes me hesitant to recommend the Trojan Non-Latex BareSkin Supra. While it may be a good condom if you fit it, I'd prefer the comfort of the Trojan NaturaLamb or the smooth feeling of the FC2 for my non-latex needs.

What are Condom Depot customers saying?

Loved these condoms, always hated the feel and smell of latex. A bit more expensive but well worth it. Also never had a problem with them sliding off at all. A++++ CollegeDude101 - Philadelphia

they are okay condoms, I like how you can feel the heat from your girl. But I can't use them unless I use lots of lube and literally force them on, they don't stretch at all in width, and they hurt like crazy if you are wide. Try the lamb condoms Trojan makes, they are truly awesome. John - Florence, SC

My girlfriend is latex sensitive so you get three options of non latex condoms. All of us who have done a little research on the topic know this. Well this product is just marginaly ok. It is not for you person who has sex with multiple people due to the fact that it breakes easily. It is more for your long term couple looking for that extra protection. Would only say to get this condom if you can handel for 1/3 of the box to break on you. Jack Logan - Magnolia, Texas