The Need For Non-Lubricated, Non-Latex Condoms

If you're like me, you're allergic to freaking everything. Makes sense that there would be a non-lubricated, non-latex condom option, right? Wrong, there isn't. We get this question a lot more often than you'd think, and the thing is no one currently makes a non-lubricated, non-latex condom. Why? Well, it's probably just an issue of ignorance and low demand.

The Need For Non-Lubricated, Non-Latex Condoms

Up until recently, those who had latex allergies had very few options. While latex was invented in the 1920s, polyurethane, the alternative to lambskin which doesn't protect against STDs, wasn't around into the 1990s-- 70 years later! So, if you had a reaction when touching latex, if you found that your only other option was lambskin which didn't protect against STDs and were more expensive... how likely were you to go out and buy condoms? 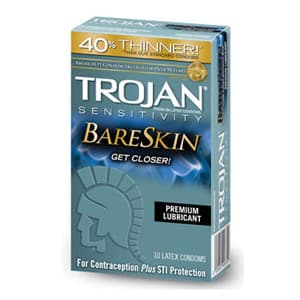 The other problem was ignorance. I remember very clearly that polyurethane condoms, like Trojan's BareSkin Supra, were never mentioned in my sex-ed class. I remember because I have allergies and I wanted to know what my options were-- and lambskin condoms, like Trojan's NaturaLamb were the only thing ever mentioned. It lead me to believe that polyurethane condoms were a new invention when I finally discovered them-- but no, they've been around since I was a toddler (polyisoprene condoms like Lifestyles SKYN, on the other hand, are much more recent).

But, in recent years, the non-latex condom market has slowly been growing. Not only for people with allergies but for people who want something that's more biologically safe for the environment (only lambskin condoms are biodegradable), something that feels softer, and something that doesn't smell like a tire shop. The FC2 does come with a silicone-lube. However, that lube can be washed off and wiped away without ruining the integrity of the condom. Because it's so difficult to put on a male condom when it's unrolled, the FC2 has to be unrolled anyway to be inserted, so unrolling it and washing it isn't a problem. It isn't a perfect fix, but it'll do until there's something better out there. 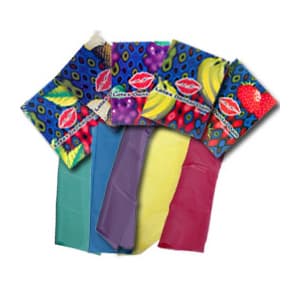 For oral on someone with a vulva, consider using either saran wrap (the non-microwaveable kind!) or a nitrile glove (not PVC). For the glove, simply cut the thumb off and then lay it over the vulva like a dental dam, like these by Lixx. You may have to hold it in place, but it should provide the same protection as a dental dam and stay just as safe. If you know of a flavored lube that you're not allergic to, you can also use it safely with either the nitrile glove or saran wrap.

For oral on someone with a penis, they currently don't make flavored non-latex condoms and some condoms have lubricant on the inside as well as the outside. You can try wrapping the penis in non-microwaveable saran wrap or using a nitrile glove, but there may be a problem ensure that it's been wrapped all the way around and isn't shifting. You may have to hold it in place.

To a person with allergies, having completely allergen-free condoms seems like a no-brainer. We have non-lubricated condoms. We have non-latex condoms. So why aren't we combining them?