How To Use A Condom

Condoms can be tricky to use for the first time so Condom Depot has created video and step by step directions to teach you how to use a male condom.

When used properly, latex condoms are your best defense against unwanted pregnancy, HIV infection (AIDS), and many other sexually transmitted diseases, including: chlamydia, gonorrhea, hepatitis B and syphilis.

Condoms can be tricky to use for the first time so we have created video as well as step by step directions to teach you how to use a condom. This guide covers every aspect of condom use, and while it is intended for those new to safe sex practices, it is also a great refresher for people coming out of a long term relationship and re-entering the dating scene.

What is a Condom? 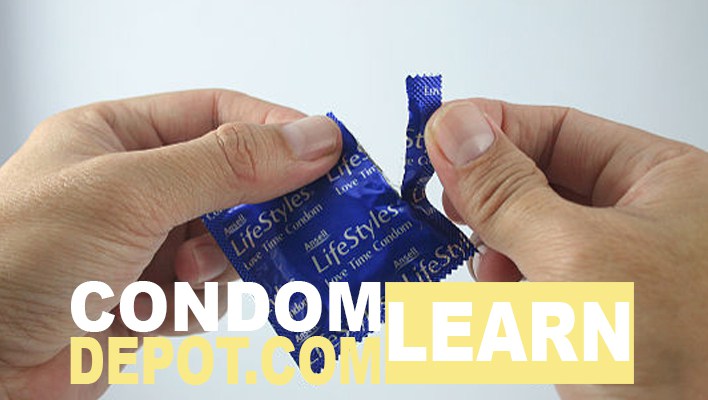 A condom is a contraceptive device. That means that it is used during sex to prevent pregnancy. But unlike hormonal contraception (like the birth control pill), condoms can also prevent the spread of sexually transmitted diseases.

A condom is essentially a thin, latex (or other material) tube that fits snuggly over the penis before the penis enters the vagina. They are a part of a family of contraceptives called barrier methods that also include things like diaphragms, female condoms and dental dams. Read ‘How to Use a Dental Dam‘ and/or ‘How to Use a Female Condom‘ for complete details on these barrier methods.

This means condoms act as a barrier between bodies, preventing the exchange of fluids (such as semen and vaginal mucus) that can cause pregnancy or STDs.

How to Use a Condom (Step-by-Step):

Watch Condom Depot TV's "How to Use a Condom" video here. 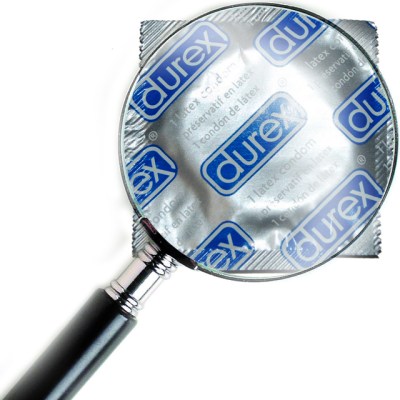 Check the condom packaging to make sure that it isn’t expired, hasn’t been tampered with, or damaged. If the condom is supposed to be lubricated and you open it to find that it’s dry, it’d be a good idea to grab a new one. There’s a chance that it might have leaked through some hole and the condom itself could be compromised. Likewise, if there is any other clear damage to the package or if the condom is expired, throw it away and grab a new one. It isn’t worth the risk. Always make sure the penis that you are putting the condom on is erect. It’s really hard to put it on a flaccid one, so we don’t even know why we’re mentioning it other than to give us a chuckle at the idea of someone trying to do that. 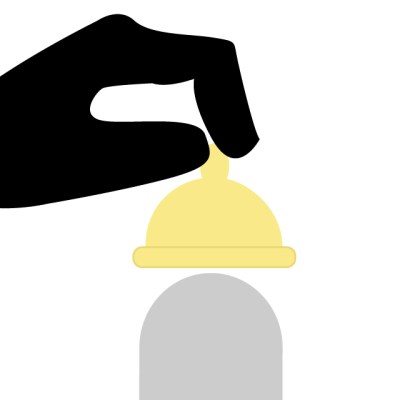 The male condom comes already rolled up. Keep it rolled up. Squeeze the tip to get all the air out as that can cause it to rupture. Then, with the end still pinched, slowly start rolling it over the head of the penis. Keep the rolling side on the outside to make it easy to put on and remove. Putting a little bit of lube on the penis or in the condom directly can help this process go smoothly and add a little extra sensation for the inside of the condom. It’s also totally safe! 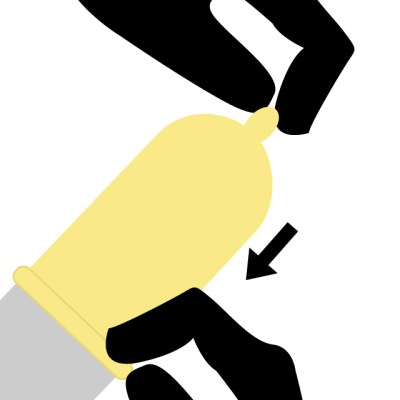 Continue rolling it down the rest of the penis. You can also rub more lube on the condom when you’re finished if any of it came off while applying it. Once the condom is on you are ready for action! If you start to feel the condom coming off at any point, readjust it before continuing. 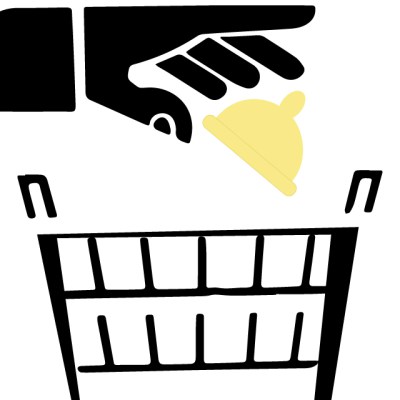 When you’ve finished, you can pull the condom off, being careful not to let it’s contents leak out.Dispose of the condom in a waste bin. Don’t flush it down the toilet because it is not biodegradable and it can also clog your plumbing. Remember to clean up and pee to prevent any chance of getting a UTI, and then you’re all set!

How to Use a Condom (Tips): 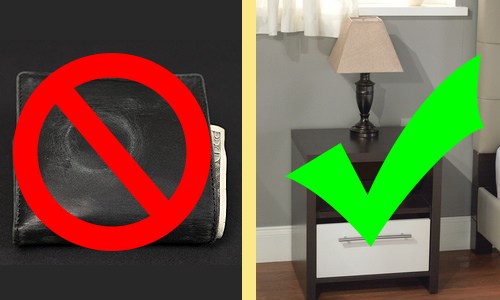 Bedside tables, in a bathroom drawer, in your closet or wardrobe– these are all good places.

A wallet is NOT a good place for a condom. Your body heat, combined with the friction of moving around all day can make them easier to break.

Oil-based lubes do not work for latex condoms. This includes vaseline, olive oil, baby oil, hand creams, and anything with the word, ‘oil,’ in the name, really. They can actually erode them and cause them to break.

Water and silicone-based lubes are a better option. When in doubt, look at the label.

Wash all body parts involved before and after sex. 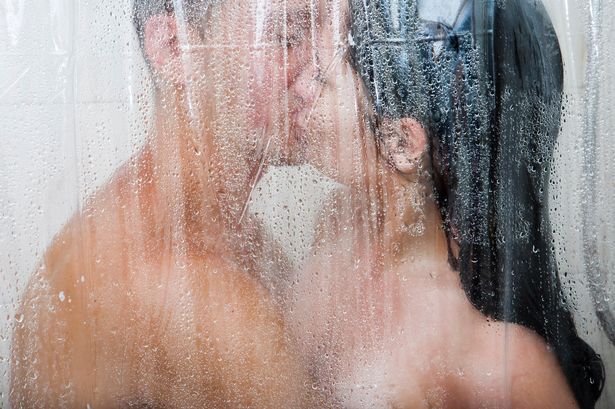 Washing your penis, vagina, or anus does more than just make the experience pleasant for your partner. It helps keep you free of infection and dangerous bacteria that can cause problems like UTIs.

Peeing before and after sex will also help both parties clear any unwanted bacteria out of their urethras.

Use a new condom every time you have sex. 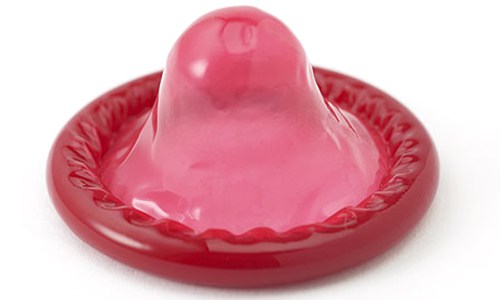 Before the penis has come anywhere near ANY party hole, make sure you have a condom on. You should never just put one on right before you intend to ejaculate. Pre-cum can still cause pregnancy and can spread STDs.

Look, you can’t just turn it inside out and shake the fuck out of it. Repeated use can make them break easier, and ew, that’s so gross anyway.

If it feels uncomfortable, it’s probably not the right size. 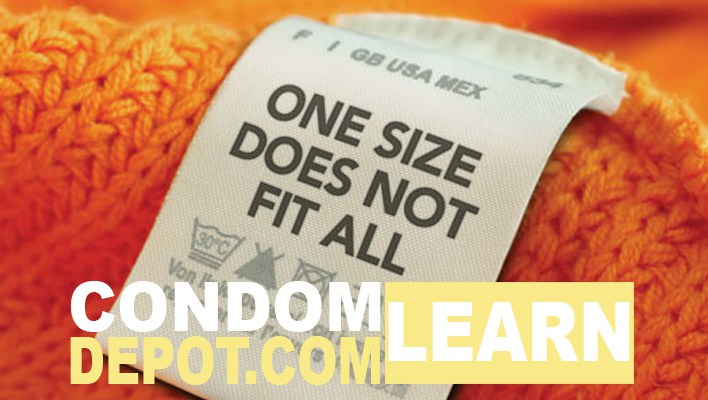 Sorry dudes. The, “It doesn’t feel good,” excuse is bogus. Try a different size. Or you can try measuring yourself and taking a peek at our handy-dandy condom size chart.

Never use the same condom when switching between different orifices.

IF YOU HAVE AN ALLERGIC REACTION TO A CONDOM

There are a couple different reasons why either men or women might be irritated by a condom. Here’s a quick checklist to go through to narrow down your options for next time.

1. Is the condom labeled as spermicidal? We have mentioned it a hundred times here at the Learning Center, but spermicidal condoms contain a chemical called Nonoxynol-9 which can open microfissures in skin that it’s applied to. Not only does this make both parties more prone to infection, it can also be very irritating.

2. Is the condom latex? You may have a latex allergy. Try a non-latex condom, or lambskin condom instead. Although do note: LAMBSKIN CONDOMS DO NOT PREVENT THE SPREAD OF STDS.

3. Did you use a new lube? You may be allergic to the lube. You can rub a little bit on the inside of your arm and see if you have a reaction before using it again.

‘How to Use a Female Condom‘

‘How to Use a Dental Dam‘